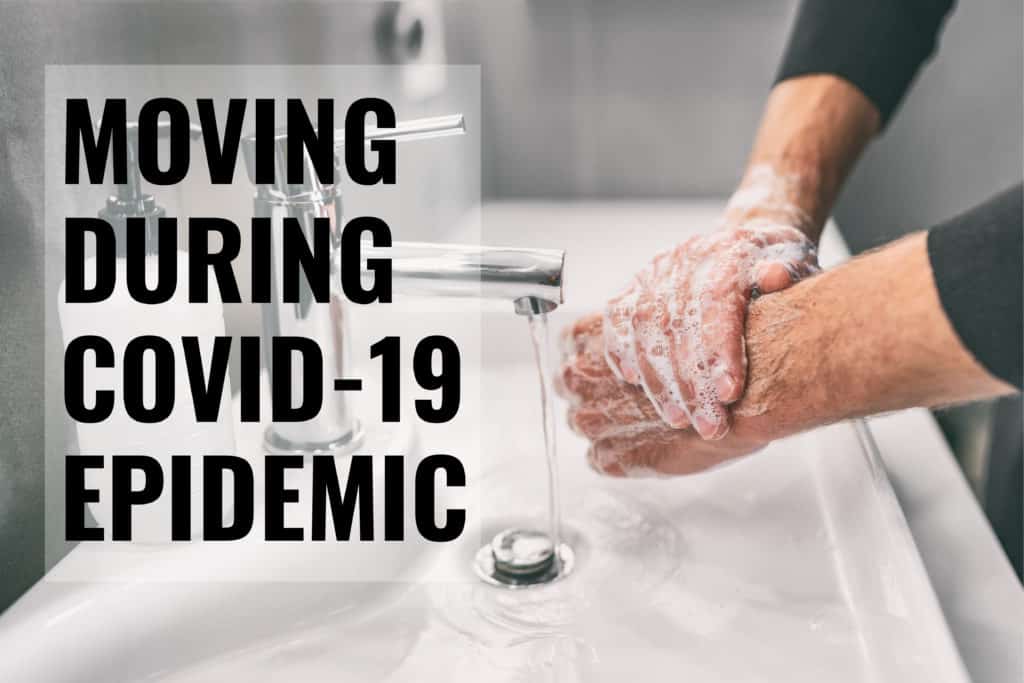 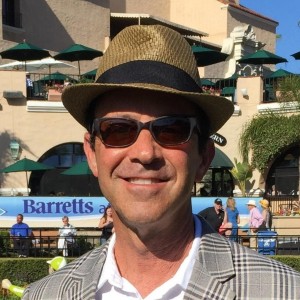 Moving During Coronavirus (Covid 19) Pandemic 🚚| What you Need to Know 👈

The coronavirus pandemic is unlike anything our generation has ever seen. Not only has the outbreak drastically affected travel and freedom of movement, it’s also affected jobs, lives, and the global economy.

Throughout the chaos and changing guidelines of the COVID-19 crisis, life must still go on and some level of normality must be maintained. That means households still need to move and students still need to relocate as campuses close. Some businesses are even taking advantage of orders to temporarily shut to relocate their offices or storefronts without impacting business.

If you’re facing the daunting challenge of moving during the coronavirus crisis, rest easy: moving companies are still able to help you as an essential business and they are taking a range of precautions to ensure your move is easy, safe, and virus-free.

Here’s an overview of what you should know about how coronavirus is affecting relocating, what movers are doing during the crisis, and what you can do to make your move safer and easier.

Keep in mind guidelines and state rules are changing rapidly. Please check with official government websites for up-to-date information. (all information herein as of the date of this post)

Yes. Despite shutdowns among businesses and shelter-in-place orders in many states, many people still need to move. In many cases, moving isn’t an option and can’t be postponed: your lease may be ending, you’re already in the middle of a move, you’re starting a new job, or you’re closing on a new home.

While some moving companies have seen a temporary reduction in moving requests, others have seen an uptick in service, depending on the area.

Moving companies are also still operating and hard at work in every state. In most states, movers are considered an “essential service” and allowed to continue to operate provided everyone follows social distancing guidelines. No state has currently barred moving companies from shutting down, even in areas under the strictest guidelines like New York City where vehicles with commercial plates can still move freely.

When states and cities order the closure of “non-essential businesses,” they may or may not give specific examples of which types of businesses can continue to operate. As a general rule, though, non-essential businesses are those that revolve around social functions and interaction or services of convenience. So, are movers considered essential services? Even when clear guidelines are not provided, moving is generally considered essential.  Moving Companies fall under the “logistics” and “transportation” categories in almost every state.

At the federal level, shipping businesses are also considered essential.

The San Francisco Department of Emergency Management said specifically that residents don’t need to cancel moving plans and can move freely but should practice social distancing and self-isolate after arriving in their new home. In the city, delivery, moving, and moving truck rental companies are operating as essential services.

The Health Officer of San Mateo County in California, on the other hand, discourages but does not ban moving. The county says that moving when you have already obtained a new home before the order was issued is considered essential travel.

There is one pressing issue you may have as you prepare for moving during COVID-19: some apartments are canceling move-ins, especially in hard-hit areas like New York City.

Solstice Residential Group which advises the boards of over 80 buildings in Manhattan, Queens, and Brooklyn prohibited all moving into/out of buildings and large deliveries. This included canceling all scheduled moves and banning the delivery of furniture requiring the use of an elevator or more than one trip. Apartment showings have also been canceled.

In its latest guidance to property owners, the National Apartment Association has not recommended canceling apartment move-ins although other precautions have been encouraged. The NAA stated there will likely be fewer move-ins and move-outs, however.

So, in the majority of situations and cities, moving is allowed, continues to happen and is and moving company services are considered essential services.

One sector of moving has been temporarily shut down until mid-May: military moves.

The Defense Department has halted military moves until at least mid-May by banning domestic travel for personnel and families. Moving companies have been ordered to take no action on the pack-out and pick-up of scheduled moves.

Moving During Coronavirus – Is it Safe?

So many people are wondering “Can I move during the coronavirus pandemic?”. Yes, moving during the COVID-19 epidemic is safe as long as you follow recommended guidelines on social distancing, hand washing, and other practices.

The American Moving & Storage Association has made recommendations for both movers and consumers to make moving during coronavirus as safe as possible.

While moving can be completely safe and essential during the pandemic, the AMSA encourages some consumers to postpone their move if possible. “Your health and the health of your family is important,” the AMSA said in its coronavirus guidelines. “If you are in a vulnerable group, over 60 or have a compromised immune system, schedule your move after the pandemic is over if it is at all possible.”

Keep in mind movers are considered low-risk for the transmission of coronavirus. Moving crews typically only help one or two customers per day and are able to maintain social distancing during the move.

Steps Movers Are Taking During the COVID-19 Epidemic

Movers are taking a number of steps to mitigate the risk of spreading coronavirus during a move, including some steps recommended by AMSA.  Always ask your mover what steps they are taking to reduce the risk and don’t be afraid to ask questions!

Some measures professional moving companies are taking to manage the coronavirus risk include:

Here’s a more in-depth look at some of the ways movers are keeping you safe during your relocation.

One of the most crucial steps movers are taking to reduce the risk of COVID-19 is replacing traditional on-site moving surveys with virtual video surveys.

Movers don’t need to come to your home to assess your moving and storage needs. With video technology, face-to-face time can be eliminated while still ensuring you receive an accurate moving estimate.

Many moving companies are increasing sanitation and housekeeping for offices and warehouses. This includes frequent disinfecting of keypads, restrooms, countertops, and door handles. Non-essential visitors are also eliminated.

Ahead of your move, AMSA encourages you to contact your moving company to explain if you or anyone in your home has or may have contracted coronavirus or are isolating due to exposure. Depending on the circumstances and movers, they may be able to work with you or postpone your move to mitigate the risk for team members and other customers.

Your moving company may contact you ahead of your move to ask if you feel ill or have had suspected contact with someone infected with coronavirus.

Many moving companies have also taken steps to perform wellness checks on team members. Movers and staff who feel ill or suspect they have had contact with someone who is infected are instructed not to come to work.

One of the most crucial steps a moving company can take is implementing social distancing protocols. After arriving at a customer’s location, team members will maintain a 6-foot social distance and avoid touching or handshaking.

In an effort to reduce large gatherings in office settings, moving companies are reducing risk by staggering shift start times among team members. Crews are also assisted with heading out to their designated move with supplies such as gloves and hand washing supplies as quickly as possible.

How to Prepare for Your Move During the Epidemic

Want to make moving during COVID-19 as smooth and easy as possible? There are many steps you can take to get your home ready for the movers, maintain safe distance, and mitigate the risk of coronavirus.

Moving companies and AMSA recommend consumers take the following steps so you can learn how to move during the coronavirus pandemic.

If possible, leave out hygiene products your movers can use to follow safe hand washing practices. You can leave paper towels and soap by your sink and hand sanitizer and bleach wipes by the entrance.

To be on the safe side, only use new cardboard boxes from your moving company, purchased at the store or boxes you already have at home. Avoid using recycled moving boxes because coronavirus lives on surfaces like cardboard for up to 24 hours.

How will you be traveling to your new home? Ahead of moving day, take care to make sure your travel plans are as safe as possible and can be adjusted if needed. If you need a hotel or flight, book refundable reservations and make sure the cancellation policy will protect you if plans change.

Wash your hands frequently while moving, even if you aren’t loading boxes. Avoid touching your mouth and face. While interacting with movers, you can also wear gloves and a face mask for additional protection; your movers should also be wearing gloves.

As best as you are able, keep your belongings sanitized and free of germs by sealing items in bags and boxes. Wrap your furniture in plastic that can be thrown away as soon as you are in your new home. Wear gloves when you unpack and wash your hands frequently. Try to limit outside exposure to your items in transit.

Your movers will be friendly but maintain a safe distance during the coronavirus epidemic. Take care to also practice social distancing by staying at least 6 feet away from the moving crew.

Be Prepared for the Movers

When the moving team arrives, it’s helpful to leave open doorways and windows in your home to improve indoor ventilation. Increasing the ventilation rate is believed to reduce cross infection of airborne infectious disease by diluting or removing contaminated airborne droplets.

How You Can Help While Moving During the Coronavirus Epidemic

You probably have a lot of free time on your hands ahead of moving during these difficult times. As you pack up your home, consider donating shelf-stable food items to Move For Hunger to reduce your load during your move and help those in need. In fact people need your help more than ever.

Move For Hunger has a network of relocation companies that help customers donate food when they move. You can set aside shelf-stable, unopened food items and the crew will ensure it’s packed and delivered to a local food pantry.

The COVID-19 epidemic has caused widespread disruption and fear, but life must still go on. Throughout the epidemic, people are still moving and movers are still helping to ease the transition and mitigate the risk of spreading coronavirus while moving to a new state or home. You can still safely move during the epidemic as long as you follow recommended guidelines on hygiene and social distancing.

Resources for Moving During the Coronavirus Epidemic

Now moving & relocation across the entire globe is affected due to the Covid-19 (coronavirus) outbreak.

Simply click on any of the countries to get detailed information.

Thank you to our good friends at Keller Swiss for putting together this amazing map of moving & relocation restrictions across the globe, related to the Covid-19 (coronavirus) epidemic.  They are continuously updating this map.

Help Others – Donate to Move For Hunger

Help others while moving during the Coronavirus pandemic by donating shelf-stable food. Move For Hunger is a 501 (c)(3) non-profit organization and relies on donations to support its food rescue programs. Also, ff you are able, please consider making a donation to help Move For  Hunger provide much-needed meals to families, children, seniors, and vulnerable communities nationwide.

Bryan Bloom is the moving industries’ digital marketing expert and his company helps movers dominate online through SEO (search engine optimization) and PPC (paid advertising) as well as website design. He is the former owner of Priority Moving, Inc. in San Diego. 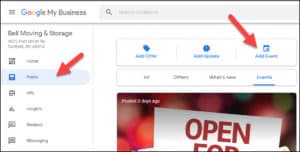 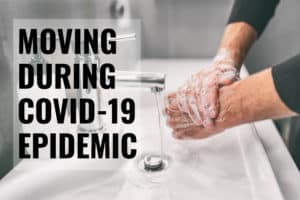 Moving During Coronavirus (Covid 19) Pandemic 🚚| What you Need to Know 👈